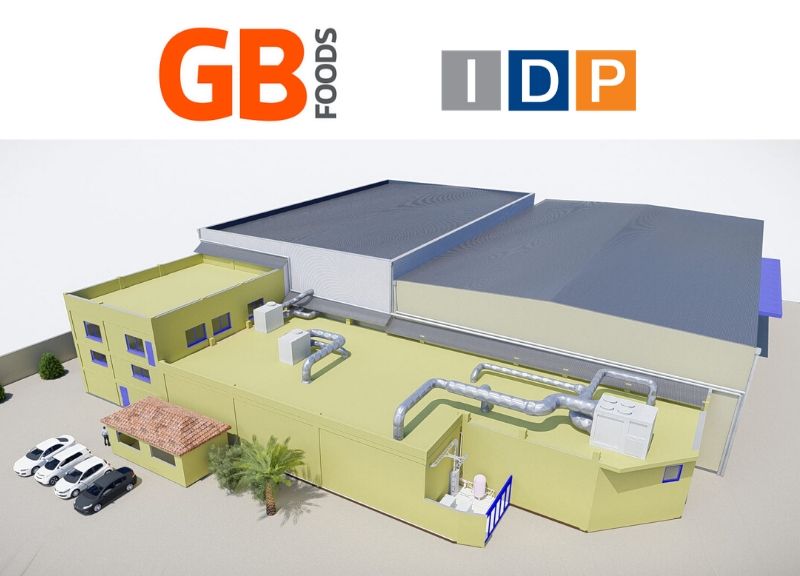 GBfoods, with a turnover of more than 1,200 million euros and a team of more than 3,300 people, is a food group present in many European and African countries such as Spain, Germany, France, Italy, Belgium, the Netherlands, Sweden, Finland, Russia, Nigeria, Ghana, Algeria and Senegal, among others; and with prestigious local leading brands such as Gallina Blanca, Avecrem, Yatekomo, Jumbo, Erasco, Gino, Liebig, Star, Bama, D&L, Grand’Italia and Blå Band, among others. Some of these brands have been in consumers’ kitchens for more than 100 years and have positioned themselves as authentic culinary references in their respective countries.

Prior to the start of the design and engineering work, the point cloud was surveyed using laser scanning. The laser scanning allows the fast, precise and high definition capture of 3D data of the existing building which serves to create the subsequent parametric 3D BIM model.

Based on the information obtained from the point cloud, the new factory has been designed using BIM (Building Information Modeling) methodology, which enables the digital construction of the project to be designed, planned, organised and directed, integrating all the information in a single model.

With this action, IDP increases its experience in the development of projects and work management in the food industry, ensuring the execution, deadlines, cost and quality in all phases of the construction process.