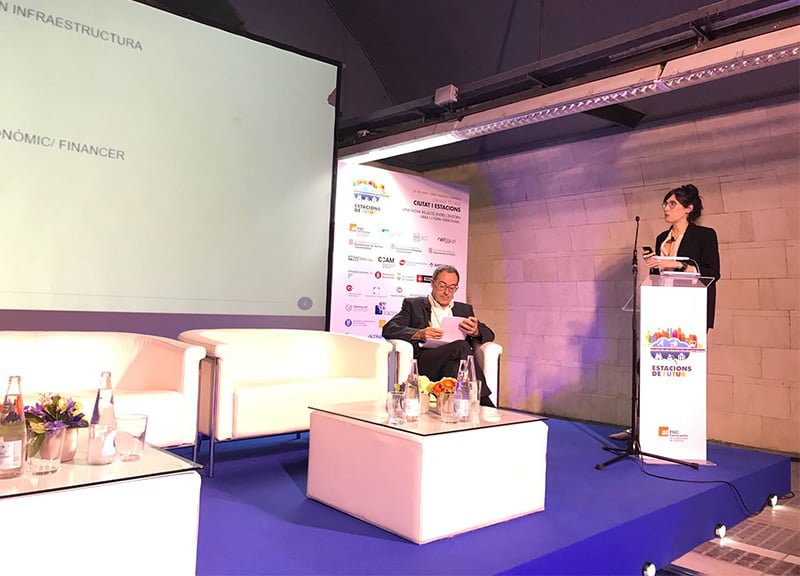 The start of the day coincided with the inauguration of the remodelling of the former Sabadell Rambla Station to be used as a formation center and subsequently three technical sessions were held in which representatives of the administrative, technical and financial sectors met with the aim of promoting a process of reflection to study the effects that the new intermodal stations for mobility services, not just the railway stations, could have on the urban environments they serve and how the attractiveness of this transport system could be optimised.

Adriana Caballero, BIM Manager of the IDP Group, participated in the session Station: Functionality and Emblem, where they discussed the impact of railway operation, the role of stations as demand collectors and mobility containers and activities from the perspective of users and the general public, and their role as icons of urban space. The strategies adopted by BIM engineering and methodology to respond to these concerns should be highlighted: infrastructure efficiency, budget integration, the involvement of all stakeholders and risk control through Business Intelligence.

The IDP Group began its strategy more than 9 years ago to promote and implement the BIM environment in all its projects, which has allowed it to become a world reference in BIM technology.

We use cookies to achieve a better user experience. OkNoVer más