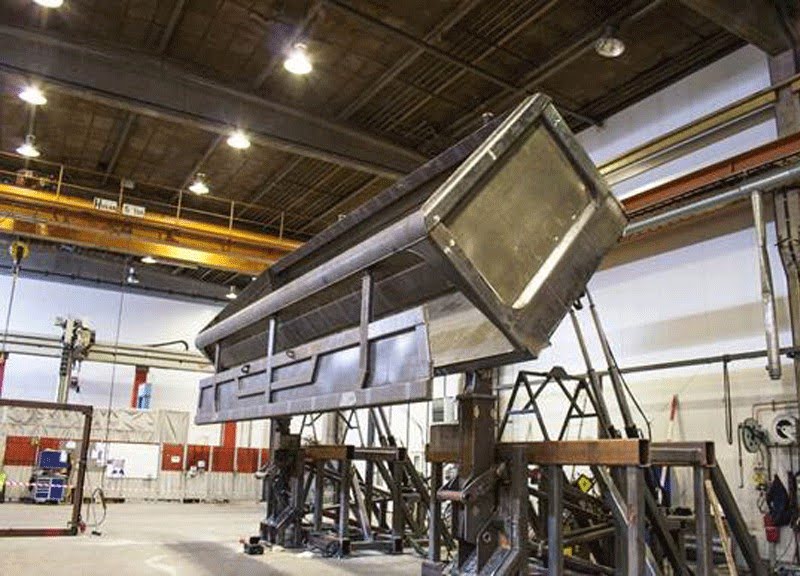 IDP participates at the Hermes R&D European project, which has the goal to optimize the design for the fabrication of a new freight railroad wagon that will use new materials, and recoveries in order to improve its loading factor and that will count with a new monitoring system.

The new wagon has entered construction phase by the Swedish manufacturer Kiruna Wagon. In the coming weeks pilot tests of loading and unloading of the prototype will be carried out and tested on the line linking the Bages mines with the port of Barcelona.

Once it is build in Sweden, it will be taken to Barcelona and will be incorporated to the European railroad network, enabling the access to the Mediterranean Corridor and allowing to transport a larger number of tons between the Súria salt mines, located in the province of Barcelona, and the Barcelona harbor, all this with a lower logistics cost. It also includes a new loading and unloading facility in order to optimize the transport of the product improving the competitiveness and efficiency of the Spanish railroad logistics with Europe.

IDP’s intervention will consist in the application of the ICT solution to the design of the logistics infrastructure, for it, BIM “Building Information Modeling” will be used, which allows design, project, organize and direct the digital execution of the project in 7 dimensions.

The project funded by the EU in the frame of Mobility for Growth “Smart Rail” (MG2.2) of the Horizon 2020 program, counts with a 7,9 million US$ budget and a three years term. It is coordinated by the ICL multinational and counts with the participation of companies, research centers and universities of France, Sweden, Denmark and Spain among others the Technologic Center of Manresa Foundation (CTM), Lulea Tekniska, Armines, Ecole des Mines d’Alès, Ferrocarrils de la Generalitat  de Catalunya (FGC), Kiruna Wagon, Hempel, and SSAB Tunnplaet.

IDP reinforces its R&D line by developing in recent years several research projects financed by the EU, such as the IPAN-Innovate Popular Low Density Structural Panel project, the DOF-District of the Future project, the METGROW+ project, and the Intermodel EU project, also financed by the Horizon 2020 Project.