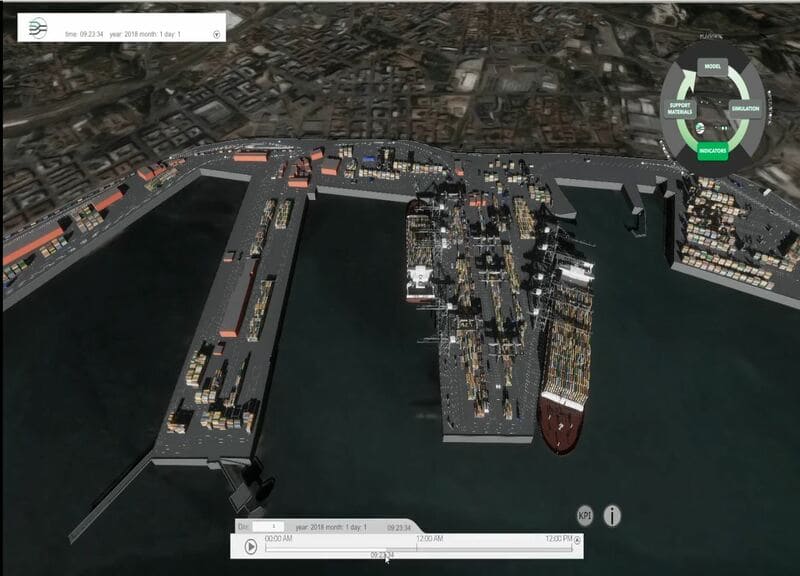 During the last 3 years IDP has worked together with 13 other partners in the Intermodel R+D+i Project, within the framework of the European Commission’s Horizon 2020 GA 824306 programme.

The objective of the project is to develop a decision support platform to evaluate the performance of nodal, multimodal, multiproduct and multipurpose infrastructures, using BIM technology linked to logistic simulations and subsequent visualization in a 3D platform developed with Gaming technology.

Through the development of the project, the optimization of the productive operations of the terminals and their logistic connections is achieved, anticipating their behavior from the operational point of view before possible extensions or changes in the current implantation and in the design of new terminals.

The project will be presented to the European Commission at the beginning of October, definitively consolidating the work carried out throughout the process and the results obtained.

The consortium, led by IDP, has the participation of 14 partners from different European countries: The result of the project has been very satisfactory, as a new working methodology has been created and several products, called KERs, have been obtained that can be exploited in the future, among which are included:

If you are interested in learning more about the KER’S of the project, we encourage you to participate in the survey attached in the link below:

The following video explains the fundamental concept of the project and how the decision support tool works: